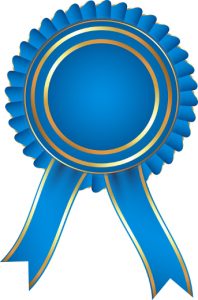 Best Nursing Home Inspection helps you find the best nursing home for you.  Information is difficult to find, that is why we discuss what is good, and how to find it.  We help you to understand what is really going on behind the scenes.  We help you separate fact from fiction.

Johnson Publishing Group encompasses PawWorks, and NurseWorks, Secrets of Nursing Homes and the Tropical Pine Tree and Best Nursing Home Inspection.  The company began in 2005 when it was called North Paw.  Then in 2013 NurseWorks had it’s inceptions.  It was in 2015 that Johnson Publishing Group became the umbrella of both companies.   In 2016 the focus shifted to the creation of a book dealing with Nursing home safety and a website.  This book and website are now incorporated into the Tropical Pine Tree. 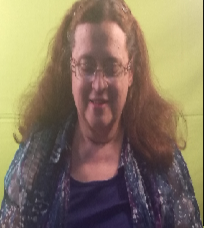 Kathy Johnson began by writing for several community newsletters and wrote for the Catholic Charities newsletter in MPLS/St. Paul, MN.  She was a staff writer for QVC’s insider Newsletter.  During this time, she started on her goal of nursing, becoming a home health aide.

In 2011 Kathy was voted a 2011 Healthcare Heroes by the Orlando Business Journal for her nursing app.  By the spring of 2012 Kathy was looking for a new challenge when she worked with Barbara Martin to create a digital magazine for nurses. Kathy named it NurseWorks Magazine.

She wrote for Disney’s Galactic Gazette a monthly publication for 2 years.  In this magazine she covered current Disney-world events, and health and safety article.  She is a member of their safety team.

Next, she wrote, “Secrets of Nursing Homes.”   At the same time Kathy worked with her 2 children to create a website called Tropical Pine Tree.  In that website, “Secrets of Nursing Homes” was a major subsection.  In that section she created an abuse odometer which calculated 7 different abuse areas, which tallied them across America. She also created a staffing calculator which reveals the true staffing levels someone will get in any nursing center in America.  She then choose to make and edit videos.

She wrote and filmed Best Nursing Home Inspection on YouTube, in which she explained by stories, and illustration, and experiences what her book said.  Her latest venture is a series of , Nursing videos with Ellen Walp a Nursing Administrator and herself on YouTube.  The goal is to expose harmful nursing centers and educate people on how to find great nursing homes in their area.

Kathy also is composing a detailed listing of top nursing homes in Orlando which she plans to sell to the public.  This list will expand throughout all of Florida, and into other states.  She is an assistant editor of Orlando Relocation Magazine.

When he was 12 Rodney competed against thousands of teens, winning a coveted internship at Dragnet, a computer repair company. In Jr. High school he took self-study courses in HTML. In Senior high he attended a Cisco class, winning several awards with the Young Business Professionals of America, landing in the book of Who’s Who.  He attended Lake Superior College for Computer Repair and the University of MN -Duluth, for Networking.   He was on the honor roll several times in high school and college.  His internship was at the Copeland community center. He was responsible for rebuilding a failed community computer area for locals.

At 18 he started his first business called, North Paw, where he did computer repair.   Later, he moved to Florida, renaming the business PawWorks.  He began making mobile apps for android.  It was during this time he became interested in programing over computer repair.  He worked for several small computer companies and now works at Century Link as a Computer programmer/analyzer.  He is on an elite team of 6 chosen throughout the USA to create and repair computer programs.

Rodney’s hobbies include anything that is electronic or computer in nature.  He is also interested in photography and film editing.