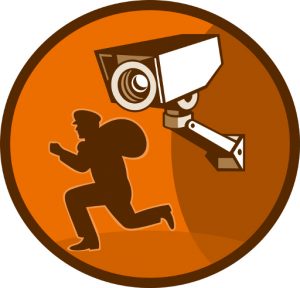 Emma was born in 1925. She worked hard her whole life, giving to others.  Yet when she was at her most vulnerable a nurse stole her wedding ring.  This is her story.

Nursing home theft is common.  Don’t be a victim of theft in a nursing home.

Emma lived in an orphanage in Chaska, MN.  There is a plantation on Highway 41 close to the Flying Cloud Airport. When Emma was six, she was sent to live in the plantation every year until she turned 18.  The orphanage routinely farmed out the children to earn income.  Emma lived on a plantation with approximately 100 other children.  The orphanage built cinder block one room buildings, where children slept on cots lined up 20 to a hut.  At 5 a.m. the children were lined up and fed, before beginning a long day of work.  They worked from sun up to sundown.  They each had the same quota, whether very young or an older teenager.  If a child didn’t meet that quota, they would not be fed the next day.

Emma recalled when the measles ravaged the camp one year.  She said being sick didn’t mean you could get out of work.  You just worked sick.  She remembered children who died on their cots, overworked and exhausted.  The children’s bodies were just taken away, and Emma never saw them again.

The children working on the plantation weren’t given new clothes, and they didn’t have shoes, as they were constantly walking in the mud of the plantation.  The huts were very hot in summer and very cold in spring and fall.  There was no time to be a child.

Upon becoming 18, Emma was turned loose into society.  She got a job in a dairy.  That is where she met her husband, Albert.  One day he

proposed.  When they were married, he gave her the best ring he could afford, and she cherished it.  She stared at it for hours, hardly able to believe anything as lovely belonged on her finger.

They worked hard, saved and eventually bought the dairy.  In those days’ milk was delivered to your doorstep because of lack of refrigeration.  But as the years passed, the supermarkets took away the need for door to door milk distribution.   Emma and Albert had purchased a home in downtown Chaska and raised four children. 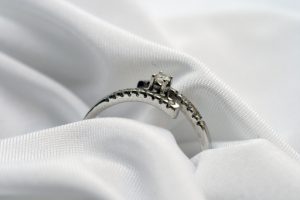 Emma and her ring were the source of pride in the family.  She displayed it prominently in every photograph.  Emma took it to the jeweler to be cleaned every year.  She looked at her ring as more than the love her and Albert shared, but also that she was free from hard labor.  It was her symbol of emancipation.  (Story as told to me by Emma while I cared for her and her husband in their home.)

It was late in 2001 when Albert took sick and died.  As time went on the family noticed Emma forgot things, such as where the grocery store was, and even their names.  She had also become unsteady when she walked.  The family finally admitted Emma into a local nursing home.  Her forgetfulness increased until she forgot her beloved Albert even existed.

One day a traveling nurse gave Emma an extra dose of her evening painkiller, and while Emma slept, the nurse removed Emma’s wedding ring.  The nurse pawned her ring in a neighboring city.  When Emma awoke the next morning, she didn’t remember she even had a ring.  It was her children who discovered it was gone and called authorities.  Thankfully the ring was found and returned.

Best Nursing Home Inspection will cover how to prevent theft in a nursing home.  It is possible for residents not to be a victim of this crime.  But you need to have the facts and make a plan in order to stay safe from thieves.